Their journey started on Monday 9th March, when 12 pupils were invited to a school games competition at Hollywood Bowl Rochdale alongside other schools from the borough of Oldham. One of Hathershaw’s teams came runner up and earned a spot in the Oldham and Rochdale final. The pupils didn’t disappoint with team captain Thomas Doherty, coming runner up with an individual bowling score of 142. The team came runners up in the competition overall and earned a place in the North West finals at Bolton Arena.

On Wednesday 18th May, the six pupils went to the NW finals at Hollywood Bowl, Bolton to represent Oldham. The students started the competition slow but soon got into their stride with several pupils scoring strikes and spares. Stand out player, Thomas Doherty, won hot shot for scoring the most strikes and spares. He also picked up another prize for runner up in the high score competition. This helped the team come second place in the NW competition overall. The pupils were rewarded with medals and certificates and another trophy for Hathershaw.

To top the day off, the students met Paralympic silver medalist, Nathan Maguire. Nathan is a British wheelchair racer who has won multiple medals in both the 2018 and 2021 Para Athletics championships. They had a great time showcasing their medals and taking pictures with him. It was a fantastic trip for all and students represented Hathershaw remarkably. 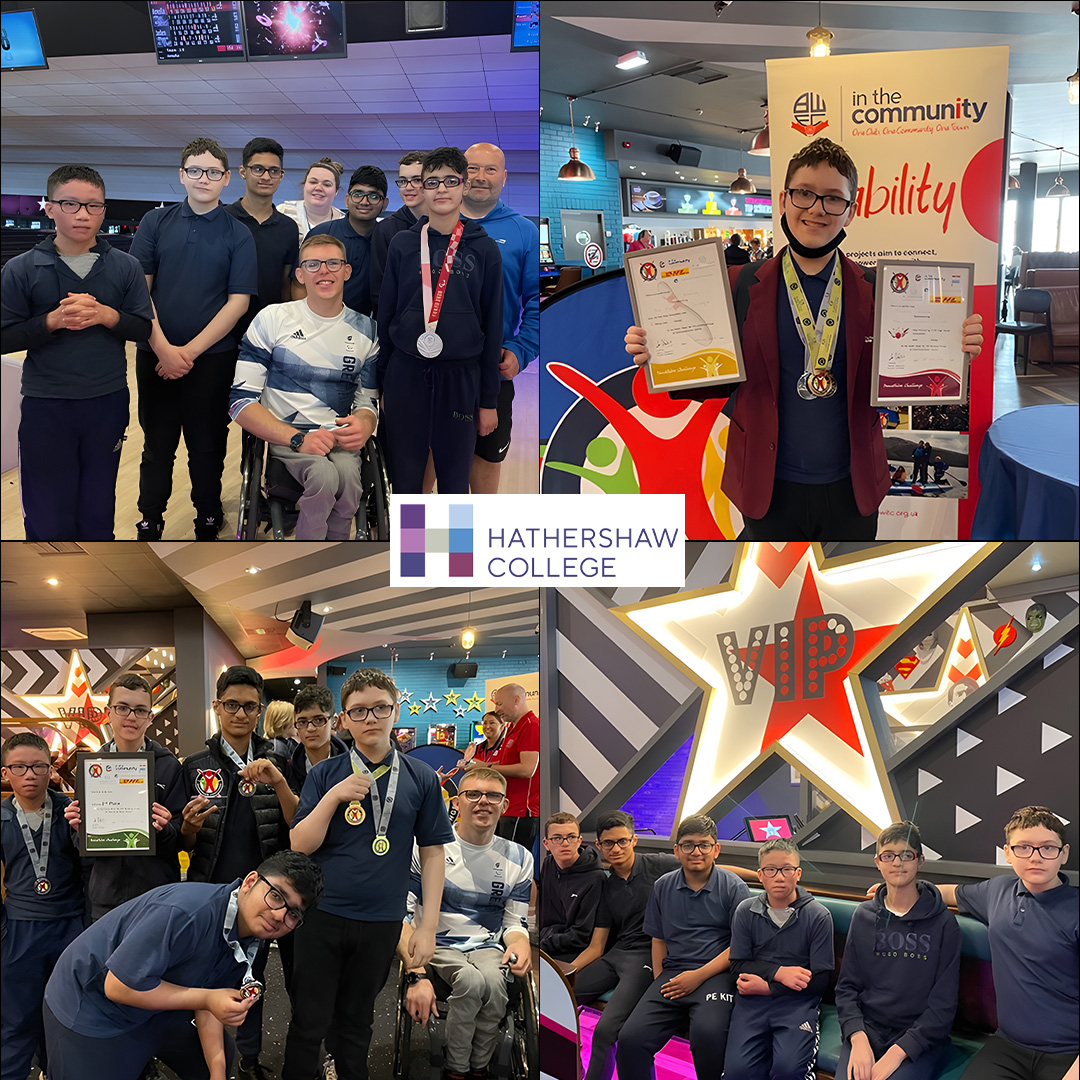