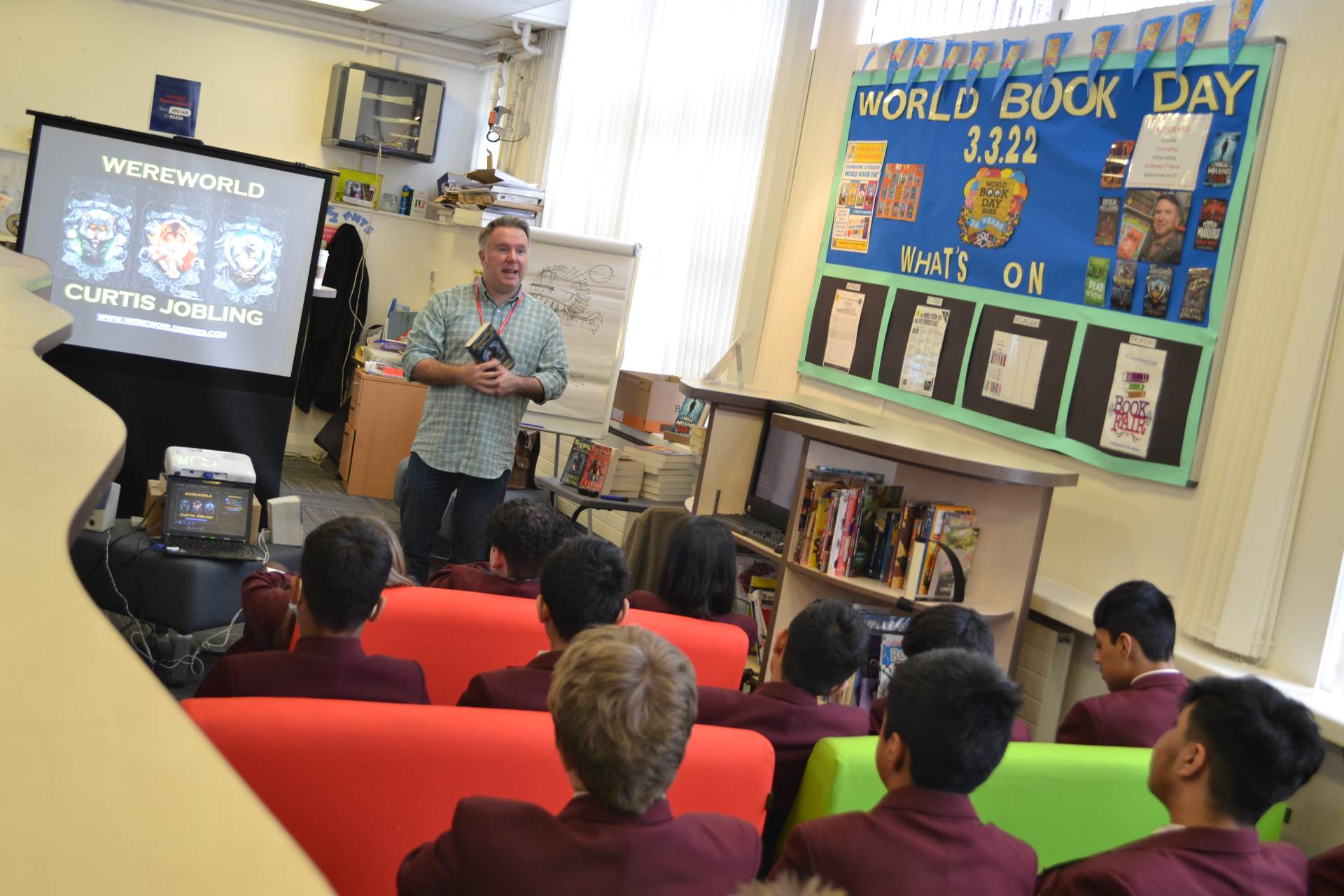 We were delighted to welcome Curtis Jobling, author/illustrator of many children’s books and teen novels, to the Hathershaw College on Monday 7th March, as part of World Book Day.

Curtis is the designer of the well-known children’s TV show, ‘Bob the builder’. He has his own animated series ‘Frankenstein’s Cat’ and ‘Raa Raa the Noisy Lion’ which are both aired on the BBC. Although he is well-recognised for his work in film and TV, Curtis’ true passion lies in horror and fantasy for older audiences.

It was wonderful to see students engaged in the inspirational workshops that took place throughout the day. Curtis talked through his career, gave tips of how to get into the industry and discussed his many projects. Including the designing of children’s TV show ‘Bob the Builder’ and his series of young adult fantasy novels ‘Wereworld’.

Students got a flavour of the fantasy world when the author delivered a reading of the novels from the fantasy series, ‘Wereworld’ and young adult thriller series, ‘Haunt’. Following this, there was a Q&A session where students were able to pick the brains of the author/illustrator.

The library was filled with students during lunch and break, where they had the opportunity to say hello to Curtis and buy a signed book. Curtis also awarded prizes to the top three students that won the Curtis Jobling book cover competition, with the first prize being a signed Curtis Jobling book!

It was an exciting day for all, and very inspirational for our book lovers! 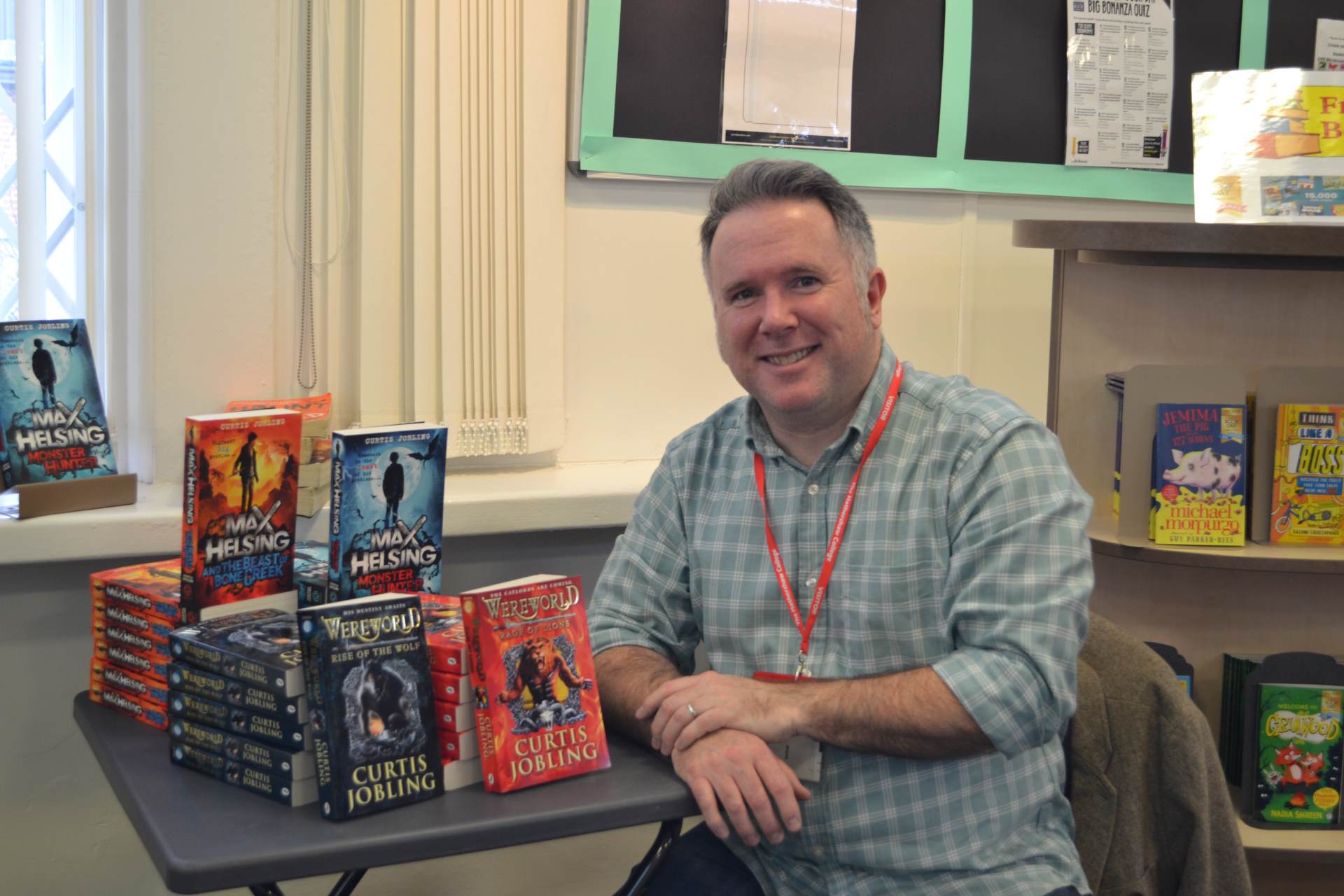